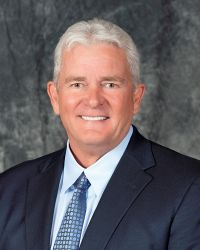 KELCY L. WARREN, Dallas, Texas, was appointed to a six-year term on The University of Texas System Board of Regents by Governor Greg Abbott in March 2019 and was confirmed by the Texas Senate on April 17, 2019.

Regent Warren is Chief Executive Officer and Chairman of the Board of Directors of Energy Transfer LP (ET). Mr. Warren also serves as Chairman and Chief Executive Officer of Energy Transfer Operating, L. P. (ETO). Prior to the combination of the operations of ETO and Heritage Propane in 2004, Mr. Warren co-founded the entities that acquired and operated the midstream assets that were contributed in the merger.

From 1996 to 2000, Mr. Warren served as a Director of Crosstex Energy, Inc. and from 1993 to 1996, he served as President, Chief Operating Officer and a Director of Cornerstone Natural Gas, Inc. He has been a leader in the energy industry for nearly 40 years.

Regent Warren currently serves on the Audit, Compliance, and Management Review Committee; the Facilities Planning and Construction Committee; and the Finance and Planning Committee.

Mr. Warren is a member of the Horatio Alger Association of Distinguished Americans.  He has also been inducted into the Texas Business Hall of Fame, is a recipient of the Hanlon Award presented by the Gas Processors Association, and this year was inducted into the Ammys Hall of Fame.  Recently, President Donald Trump appointed Mr. Warren to the Kennedy Center Board of Trustees.

Mr. Warren earned a civil engineering degree at The University of Texas at Arlington.