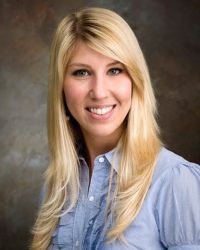 ASHLEY M. PURGASON, Arlington, Texas, was appointed to a one-year term as Student Regent for The University of Texas System by Governor Rick Perry, beginning June 1, 2012. She is currently a doctoral degree student at The University of Texas Medical Branch at Galveston (UTMB), where she previously served as the president of the Student Government Association and the Graduate Student Organization. Her research is conducted at both UTMB and the NASA Johnson Space Center (NASA-JSC) in Houston, Texas, and is focused on the dangers of the space radiation environment and its effects on the health of astronauts in long duration missions beyond low Earth orbit. During her time at UTMB and NASA-JSC, Regent Purgason has been named a National Institute of Environmental Health Sciences Toxicology Scholar, a NASA Graduate Student Research Proposal Pre-Doctoral Fellow, and a Texas Space Grant Consortium Scholar. She also completed the prestigious NASA Space Radiation Summer School program at Brookhaven National Laboratory in Upton, New York.

Regent Purgason previously attended The University of Texas at Arlington (UTA) where she was an NCAA athlete. She received a Bachelor of Science in Biology with Honors in May 2006. She was also recognized as an Academic All-American for the women’s basketball team and a UTA Scholar Athlete. She received an Outstanding Academic Achievement Award from the College of Science. She completed a Master of Science in Biology at UTA in December 2007 while serving as the director of Women’s Basketball Operations.

Upon completion of her doctoral degree, Regent Purgason hopes to continue her research career, including teaching at the undergraduate level where she can continue to connect with students. She has taught an annual toxicology course at Texas A&M University-Galveston for the past three years.

As hobbies, Regent Purgason enjoys traveling and sports of all kinds. She has presented her work in Germany and Poland and is active in intramurals at UTMB.