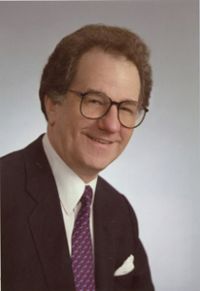 Charles Miller was appointed to a six-year term of The University of Texas System Board of Regents by Governor George W. Bush in February 1999. Mr. Miller served as Chairman of the Board from April 30, 2001, until June 2, 2004.

He is Chairman of Meridian National, Inc., a private, family investment partnership based in Houston. He retired in 1992 as president and chief executive officer of an international investment management company he founded and built under the name Criterion Group, before its merger with a large financial service firm. He was instrumental in developing the company's worldwide investment management activities. Under his direction, the firm was involved with the investment management of mutual funds, large pension and endowment funds, and venture capital funds.

Mr. Miller is an expert in the area of monetary affairs, particularly as they affect securities markets, and he has been directly responsible for the management of large institutional and individual portfolios.

He is Chairman Emeritus and a member of the board of directors of the Greater Houston Partnership, the largest business organization in Texas. He serves on the board of directors of the Governor's Business Council, the James B. Hunt, Jr., Institute for Educational Leadership and Policy, the Texas Medical Center, the Financial Foundation for Charter Schools of Texas, and the Texas Water Foundation.

Mr. Miller has been active in numerous other civic, educational, and business organizations. He has been a member of the Board of Visitors of The University of Texas M. D. Anderson Cancer Center, an advisory committee of the U. S. Securities and Exchange Commission, and the boards of the Houston Hispanic Chamber of Commerce; St. John's College; the National Wildlife Federation Endowment; National Center for Policy Analysis; the Tomás Rivera Policy Institute; Just for the Kids; Central Houston, Inc.; the Congressional Human Rights Foundation; Downtown Houston Association; Houston Grand Opera; Houston Museum of National Science; National Center for Genome Resources; Santa Fe Chamber Music Festival; Texas Prepaid Higher Education Tuition Board; JP Morgan Chase of Houston; and the Santa Fe Institute.

He also was a member of the Council of Overseers of the Jesse H. Jones Graduate School at Rice University; advisory trustee of the Houston Ballet Foundation; and a member of the Governor's Task Force on State Trust and Asset Management.

He is a former Chairman of the Texas Educational Economic Policy Center; the Governor's Select Committee on Public Education; the Capital Formation Committee of the Governor's Task Force on Texas Business Development and Jobs Creation; the Texas State Pension Review Board; the University of Houston Foundation; and the Downtown Houston Management District.

Mr. Miller was the founder and Chairman of the Charter School Resource Center of Texas; the Center for the Study of Community; and the Sol y Sombra Foundation.

Mr. Miller has been recognized for his civic and business activities by the University of St. Thomas and the Center for Business Ethics; the American Leadership Forum; Downtown Houston Association; Houston Hispanic Chamber of Commerce; Multicultural Education and Counseling through the Arts (MECA); National Jewish Center for Immunology and Respiratory Medicine; Neighborhood Centers, Inc.; Texas Monthly magazine; and the United Negro College Fund.

Mr. Miller earned a degree in Mathematics in 1959 from The University of Texas at Austin and is married to Beth Miller. 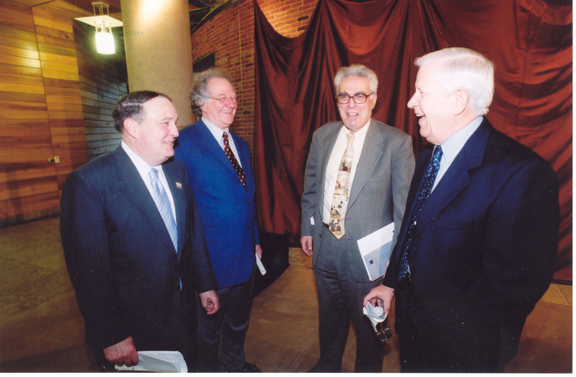 Charles Miller, a two-year member of the UT System Board of Regents and esteemed education reform leader in Texas, was elected chairman of the board Monday by his colleagues. Miller, 67, was unanimously picked to lead the nine-member board that oversees the UT System's 15 institutions and $5.8 billion budget. "I feel highly honored by this office, and I look forward to working with each of you," Miller told his fellow regents during a telephone conference call. "I thought I'd be humbled, but actually, I'm frightened."

Miller, a Houstonian, has served on the board since 1999, when he was appointed by then-Gov. George W. Bush to a six-year term. He replaces outgoing chairman Tom Loeffler, whose term expired in February. Loeffler succeeded Don Evans as chairman after he resigned from the post in January to serve as President Bush's secretary of commerce. Evans served as chairman since 1997. Miller's opinion on education policy and reform is well-respected around the state. He has served on several statewide education panels, including Bush's Select Committee on Public Education, and has advised the state's top legislators on education policy for decades. During his two-year stint on the board, Miller has served as chairman of the Academic Affairs Committee, which has worked on creating a system-wide student assessment plan and has pushed for more flexibility in the setting of tuition rates.

"Charlie brings to bear some very very important assets on issues affecting the UT System," said Pat Oxford, a regent from Houston. Oxford cited Miller's involvement in shaping the UT System's "K-16 initiative," a plan to increase the involvement of UT in lower-school education, as an example of his commitment to providing all Texas residents with a quality education. UT President Larry Faulkner said he looks forward to working with Miller. "Charles Miller is a wise and knowledgeable citizen of Texas," Faulkner said. "He has a great understanding of the needs for education in this state and will provide excellent leadership in the UT System."

Miller, who earned a UT mathematics degree in 1959, is chairman of Meridian Advisors Ltd., a Houston-based private investment partnership. Miller is an expert in the area of monetary affairs, particularly as they affect securities markets, and he has been directly responsible for the management of large institutional and individual portfolios. The new chairman said he wanted the board to act more "as a committee of the whole," allowing the nine regents to play a larger role in more of the decisions the board must make. "We have a board made up of proven leaders," Miller said. "Having a committee of the whole tends to imply that all the regents are involved in all areas of the UT System, which will work to our advantage."

Currently, the nine regents serve on five different committees ranging from the Health Affairs Committee to the Facilities Planning and Construction Committee, and Miller said members can tend to be disassociated from larger issues due to committee involvement. The board also elected its Executive Committee Monday, on which Rita Clements, A.W. "Dub" Riter Jr. and Raul Romero will serve as vice chairmen. The board will meet for the second of its quarterly meetings May 9-10 in Austin. The meeting will be the first for two recently confirmed regents, Cyndi Krier of San Antonio and Dr. Judith Craven of Houston.