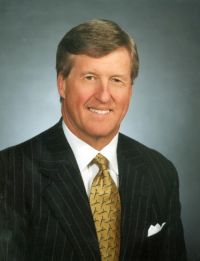 H. SCOTT CAVEN, JR., Houston, Texas, was appointed to a six-year term on The University of Texas System Board of Regents by Governor Rick Perry in February 2003. The Board elected him Chairman on November 9, 2007.

On August 23, 2007, Mr. Caven was named a Vice Chairman of the U.T. System Board of Regents. Regent Caven served on the Academic Affairs Committee; the Finance and Planning Committee; the Health Affairs Committee; and the Facilities Planning and Construction Committee. Mr. Caven chaired the Task Force on Admissions, Tuition, and Financial Aid and served as Chairman of the Board of Directors of The University of Texas Investment Management Company (UTIMCO).

Mr. Caven is Managing Director and Regional Manager for Texas of Atlantic Trust Company, NA, a private wealth management firm. He was with Goldman, Sachs & Co. from 1969 to 2001, serving as Vice President from 1978 to 2001 and as Regional Manager for Houston, South Texas, and Mexico from 1981 to 1997.

Mr. Caven worked in the Office of Governor John B. Connally, Jr., in 1968-69 as a legal and planning assistant. He was appointed by Governor William P. Clements, Jr., as the first Chairman of the Texas Growth Fund Board of Trustees and served in that capacity from 1989 through 1999, having been reappointed to the position by both Governor Ann Richards and Governor George W. Bush. He was a member of the Texas Strategic Economic Policy Commission from 1987 to 1989.

Chairman Caven, an alumnus of U. T. Austin, has been active in organizations related to the campus. He was a member of the Advisory Council of the McCombs School of Business from 1992 to 2003 and served as the Council's Chairman from 1999 through 2000. He served as a Trustee of the U. T. Austin Business School Foundation from 1999 to 2003, and as a Director of the McCombs School of Business MBA Investment Fund, L.L.C., from 1994 to 2003. He is a member of the Executive Committee of the Robert S. Strauss Center for International Security and Law and serves as a member of the Board of Directors of the Texas Cowboys Alumni Association. Mr. Caven is also a member of the Executive Committee of the U. T. System Chancellor's Council.

Chairman Caven holds two degrees from U. T. Austin, a B.B.A. and an L.L.B. from the School of Law.

He is married to the former Vivien Hester. They have four children. 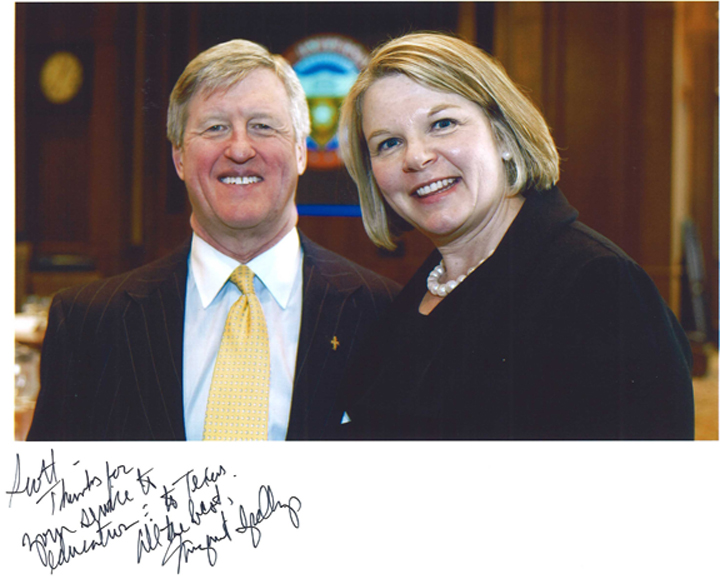 When his son was accepted into Plan II, the premier honors program at the University of Texas, H. Scott Caven Jr. promised himself that he would address the graduating class four years later.

Caven, the chairman of the UT System Board of Regents, kept that pledge Saturday — even though his son, H. Scott Caven III, was killed in a car wreck in August 2004, just days before he would have begun his studies. William Finnegan, another incoming Plan II student, died in the same wreck. They were 18 years old and close friends.

And so, after explaining that tragedy to a hushed audience of Plan II graduates, relatives and friends at UT's Hogg Memorial Auditorium, Caven went on to speak of the importance of honesty, integrity and dependability in life. It was advice he had planned to give his son, who was known to family and friends as Scotty.

"In fact, I had written and compiled a series of essays to give to him on this day with the hope that some of my advice might guide him," Caven said, fighting back his emotions. "The title was to be 'Avoiding Dad's Mistakes' because, believe me, I've made plenty."

Caven was among about 30 people who spoke to graduates of UT's various colleges, schools and departments Friday and Saturday as part of the runup to the 125th universitywide spring commencement Saturday evening, when more than 22,000 people gathered across the South Mall, according to university estimates.

That event was a blend of orchestral fanfare, formal procession and burnt-orange pride. Nearly 7,600 students earned degrees, although not all attended the ceremony.

A light rain fell steadily on the crowd before the procession started. Sunny Walia, waiting for the event to begin, said that although he attended his business school graduation ceremony Friday, he couldn't miss the universitywide commencement. "It's a once-in-a-lifetime event," Walia said. "Besides, what else am I doing?"

Fellow business student Mandy Broyles said her family couldn't make it to the Friday ceremony and chose to come Saturday to hear the main speaker: Jody Conradt, who coached women's basketball at UT for 31 years.

Conradt lauded the university for providing the same opportunities for women as men and spoke of finding "teammates for life," meaning "accomplishing things as a group we can only dream about as individuals."

UT President William Powers spoke of how the university's first commencement in 1883 honored only 13 degree candidates, while the thousands who graduated Saturday included students from all over the world plus 49 states and the District of Columbia. "North Dakota is the only holdout," he said.

Graduation ceremonies are always suffused with emotion, smiles as well as tears, because they mark the successful completion of one phase of life and the trepidation of starting something new.

Martin Rossi of Houston, whose daughter Victoria double-majored in English and Plan II, said many thoughts were running through his mind.

"Twenty-three years of history," Rossi said, referring to her age. "The way she asks, 'What's your source, Dad?' The beauty of seeing her fly," figuratively.

At the universitywide ceremony, UT police officers, transportation crews, audio-visual technicians, student leaders and others wore buttons that read, "This one's for Steve."

Steve Parks, director of production for commencement, died in a car wreck in April. The button depicted the Panama hat that Parks, 60, wore during commencement preparations.

"Commencement is a huge event, with all kinds of logistical and production details," said Don Hale, UT's vice president for public affairs. "Steve worked with everybody, from the president on down through the organization. He was a wonderful person, a gentleman with a great sense of humor, and self-effacing."

In his remarks to the Plan II graduates, Caven confided that nobody asked him to address them. "The fact is that I invited myself," he said, noting that his signature appears below each graduate's name on the diploma.

"I suspect that many of you have ambitions to become rich and famous," Caven said, recommending instead that they strive by their actions to earn respect.

"It cannot be inherited or bought, but it is priceless," he said.

He also urged them to work hard and to expect the world to be a tougher place than they think it will be. He didn't need to remind them to cherish their loved ones.