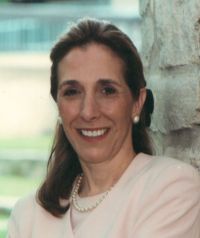 CYNDI TAYLOR KRIER was appointed to a six-year term on The University of Texas System Board of Regents by Governor Rick Perry in March 2001. Regent Krier is a Vice-Chairman of the Board and serves as Chairman of the Academic Affairs Committee; is a member of the Audit, Compliance, and Management Review Committee; the Finance and Planning Committee; and the Health Affairs Committee and is a Regental representative to the Board for Lease of University Lands which oversees the terms of lease of University lands for oil and gas exploration and development. Vice-Chairman Krier is Co-Chairman of the Task Force on Planning and also led the Accountability, Collaboration, and Deregulation Task Force.

She is the Vice President of Texas Government Relations with USAA, a leading financial services company. As Vice President, she is responsible for leading USAA's involvement in legislative and public policy issues in Texas at the State and local levels.

In 1992, Krier became the first woman and first Republican ever elected as Bexar County Judge where she represented 1.4 million people in the San Antonio metropolitan area. She was reelected as County Judge in 1994 and 1998 without opposition. Prior to that, Krier represented Bexar County in the Texas Senate for two terms from 1984 through 1992.

As Bexar County Judge, Krier worked to "Build a Better Bexar County" by focusing on youth and education programs, enacting a broad-based ethics measure, reforming the appointment process for County boards and commissions, telecasting Commissioner's Court meetings on cable and the Internet, promoting recycling and energy conservation programs, promoting the use of competitive bids and proposals for all County contracts, and controlling government spending.

While serving in the Texas Senate, she received the Texas Bar Foundation award for her passage of the Texas Alternative Dispute Resolution Act, which has led to the resolution of hundreds of thousands of lawsuits in less time and at less cost to both litigants and taxpayers through arbitration and mediation. Krier served as a member of both the Senate Finance Committee and Education Committee and chaired the Higher Education Subcommittee for Senate Finance and an Interim Committee on Medical, Dental, and Allied Health Centers.

Krier works closely with the United Way of San Antonio and Bexar County. For three years, she mentored a class at Ridgeview Elementary School in San Antonio. Regent Krier received her undergraduate journalism degree from U. T. Austin in 1971, and she graduated in 1975 from U. T. Austin School of Law. As a U. T. student, she was active on The Daily Texan newspaper staff, in student government, as a dorm resident assistant, and played on the U. T. Lady Longhorns basketball team before Title IX.

Krier has served as Chairman of the U. T. Austin Ex-Students' Association and as a member of the Supreme Court's Commission on Judicial Efficiency. She recently served on three important Statewide task forces helping to plan for the future of Texas: the Governor's Task Force on Conservation, the Comptroller's e-Texas Task Force, and The Texas A&M University System Agriculture Program 21 Leaders Panel.

Her husband, Joseph R. Krier, is president of the Greater San Antonio Chamber of Commerce. 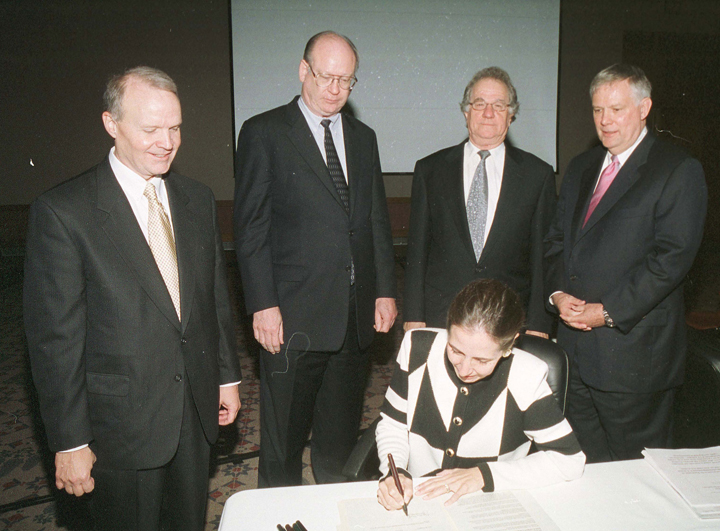 Perry reappointed Clements, 69, who has served on the board since 1996. She had been the only female regent on the nine-member panel. Krier, 50, is a former state senator from San Antonio and has served as president of the UT Ex-Students' Association. Craven, 55, will be the first black woman and only the second black regent to serve on the board. "When I was the only woman, I sometimes laughingly said, 'Here I am one woman representing 53 percent of our student body,'" Clements said. "Now, we have three women representing our student body, and I couldn't be more proud."

With Perry's appointments, the Board of Regents now includes three women, two Hispanics and one African-American. All nine regents were appointed by either Perry or former Gov. George W. Bush. Perry had hoped to improve the geographic diversity of the board, but several key regions in Texas remain unrepresented. Four regents now hail from Houston, while none are from Austin or the Rio Grande Valley, where populations have boomed over the last 10 years and where two system schools are located. UT System Chancellor Dan Burck said the board will face many unique challenges in the coming years, including serving a state where changing demographics have significantly altered the makeup of the UT System and of Texas. The board will also tackle such controversial issues as the development of a system-wide standardized testing plan for students and the adoption of new policies on who can set student tuition rates, currently being decided by the Texas Legislature.

Burck said he knows Clements and Krier "quite well" but has not met Craven. "I'm very pleased by these appointments," Burck said. "I applaud the governor for increasing the board's diversity, and I'm sure that with the incoming regents' backgrounds, UT will continue its path of improvement." Regents serve six-year terms and must gain confirmation from the Senate before taking their place on the board, generally a routine matter. Clements, wife of former Gov. Bill Clements Jr., has been on the board the longest and is a likely candidate to serve as the board's chairwoman. A Dallas resident, she chaired the board's committee on facilities and planning, which oversaw the controversial selection of an architecture firm to design the new Jack Blanton Museum of Art on campus. She said she hopes to focus her attention on securing more funding for medical research and development for the System's six medical institutions. She also wants to continue work on student retention rates and academic quality. "The future of Texas depends on our students now at UT schools," Clements said. "It's all about quality, quality, quality for us on the board."

Krier, the first Republican and first woman ever elected as Bexar County Judge, will take the board position formerly held by fellow San Antonian Tom Loeffler, whose term expired Feb. 1. Krier, who was unavailable for comment, has said she would be willing to forgo the final year of her term as county judge to serve on the board.

Craven, who previously served as a dean at the UT Health Science Center in Houston, will replace former board chairman Don Evans, who resigned in January to serve as U.S. Secretary of Commerce. Craven also serves on the boards of directors of Compaq, Luby's, Variable Annuity Life Insurance Co., Sysco, the Belo Corp. and the Bowling Green State University Foundation. She previously served six years as president of the United Way of the Texas Gulf Coast. Craven was unavailable for comment.