RANK N. IKARD, president of the American Petroleum Institute, was first appointed to the Board of Regents of The University of Texas System in 1965 to fill a two-year unexpired term.

He was reappointed to a full six-year term as a Regent in 1967. Both appointments were made by Governor John B. Connally.

As president of the American Petroleum Institute, Mr. Ikard heads one of the world's largest trade organizations. He became API president in 1963, having served as the Institute's executive vice president from 1961 to 1963.

Although Mr. Ikard has his office in Washington, D.C., he maintains his official residence in Wichita Falls.

A 1936 law graduate of U. T. Austin, Mr. Ikard was a member of the U. S. House of Representatives from 1951 to 1961, having been elected several times as a representative from the 13th Congressional District. Prior to his service in Congress, he was district judge of the 30th Judicial Court, 1948-1951.

A native of Henrietta, Mr. Ikard began the practice of law in Wichita Fallas following his graduation from the U. T. Austin. He entered the Army in 1942 and was a combat infantryman in Europe, where he was wounded twice, captured by the Germans, and spent the remainder of World War II as a prisoner of war.

In 1947, he returned to his law profession in Wichita Fallas, where he was in private practice for 10 years prior to serving on the bench and in Congress.

Mr. Ikard holds a life membership in the U. T. Ex-Students' Association and is a member of the board of the Houston Medical Foundation, a nonprofit corporation formed to assist in the development of the new U. T. Medical School at Houston.

He has served on the advisory board of Georgetown University's Center for Strategic Studies in Washington and also on boards of several industrial and financial institutions. He is a member of American and Texas bar associations, the Independent Petroleum Association of America, the Japan-America Society, the National Petroleum Council and the U. S. National Committee for the World Petroleum Congresses. 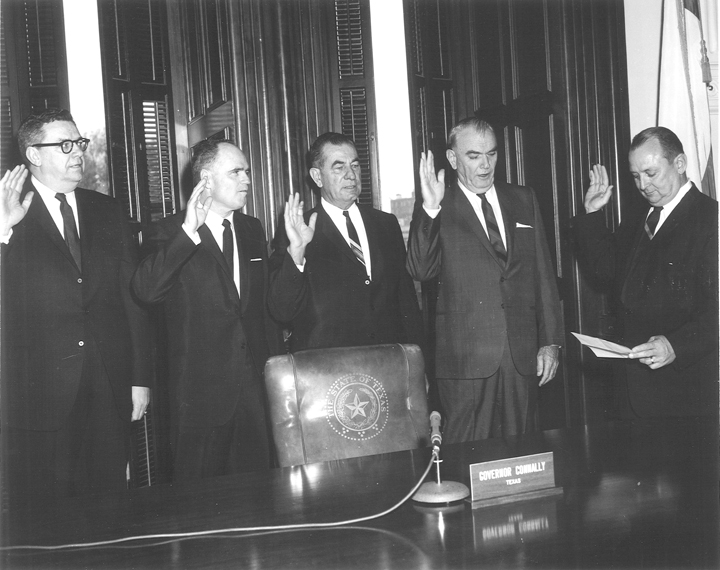