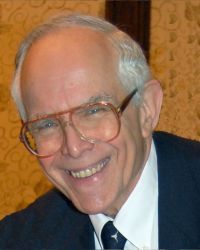 JAMES D. DANNENBAUM, P.E., Houston, Texas, was appointed to a six-year term on The University of Texas System Board of Regents by Governor Rick Perry in November 2007. Regent Dannenbaum was elected Vice Chairman of the Board on February 8, 2011. Vice Chairman Dannenbaum is Chairman of the Technology Transfer and Research Committee and serves as Vice Chairman of both the Facilities Planning and Construction Committee and the Health Affairs Committee. In addition, Regent Dannenbaum serves on the Board for Lease of University Lands and is the liaison to the Governor's Office on Technology Transfer and Commercialization Issues.

Mr. Dannenbaum, Chairman of Dannenbaum Engineering Corporation, is a member of the American Society of Civil Engineers, the Consulting Engineers Council of Texas, Inc., and the Texas Society of Professional Engineers.

Mr. Dannenbaum is former chairman of the Texas Cancer Council. He was selected as Engineer of the Year in 2004 by the Texas Society of Professional Engineers. He received a Bachelor's degree in Civil Engineering from The University of Texas at Austin. As an undergraduate, he served as President of Chi Epsilon Honorary Civil Engineering Fraternity and President of Phi Eta Sigma, an honorary freshman scholastic society. He also served as President of the Silver Spurs service organization and was a member of the Friar Society, the highest honorary organization at UT Austin.

Since graduation, Mr. Dannenbaum has served as a member of the Executive Committee of the Ex-Students Association, the Civil Engineering Visiting Committee, and the Commission of 125.
Mr. Dannenbaum has also been active in various UT organizations including the Chancellor’s Council, the President’s Associates, the M. D. Anderson Cancer Center Board of Visitors, The University of Texas Health Science Center at Houston Development Board, and the Medical School Advisory Committee.

His wide-ranging civic activities include serving on the board and executive committee of the Greater Houston Partnership; on the Gulf Coast Regional Mobility Partners Executive Committee; and on the Natural Resources Advisory Committee of the Houston-Galveston Area Council. Mr. Dannenbaum has also served as a member of the board of the Society for the Performing Arts, the Sam Houston Council Boy Scouts of America, and the March of Dimes.