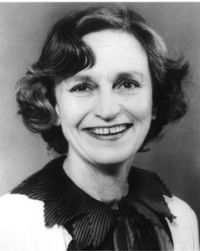 JANE WEINERT BLUMBERG of Seguin was appointed to a six-year term on The University of Texas System Board of Regents by Governor Dolph Briscoe in January, 1977.

Mrs. Blumberg is married to Dr. Roland K. Blumberg, a geophysicist. She has a Bachelor of Arts degree in English from The University of Texas at Austin (1937) and a Master of Arts, also in English, from Northwestern University (1938). She is a member of Phi Beta Kappa and Alpha Lambda Delta honor societies.

In 1977, Mrs. Blumberg was honored by Texas Lutheran College with a Distinguished Service Award in recognition of her service "to TLC, her community, state and nation."

Chairman of the Board of the Seguin State Bank and Trust Company, Mrs. Blumberg also is a member of the Texas Independent Producers and Royalty Owners Association.

She belongs to the Daughters of the Republic of Texas, Seguin Shakespeare Club and Seguin Study Club, and is a life member of The University of Texas Ex-Students' Association.

Mrs. Blumberg was a member of the Texas Hospital Advisory Commission, 1960-64; director of the Guadalupe County United Fund, 1967-73; and director of women's events of the Southern Governors' Conference, 1974. She is a member of the Democratic National Committee and was on the Planning Committee for the 1974 Mid-term Democratic Conference. She is listed in Who's Who of American Women.

Her hobbies include planning of programs and program research for literary clubs, home screening of professional 16-mm films, and classical ballet. Her favorite active sport is light gymnastic exercise. Dr. and Mrs. Blumberg are the parents of three: a daughter, Carla Ann; and two sons, Hilmar Daniel and Edward Austin. 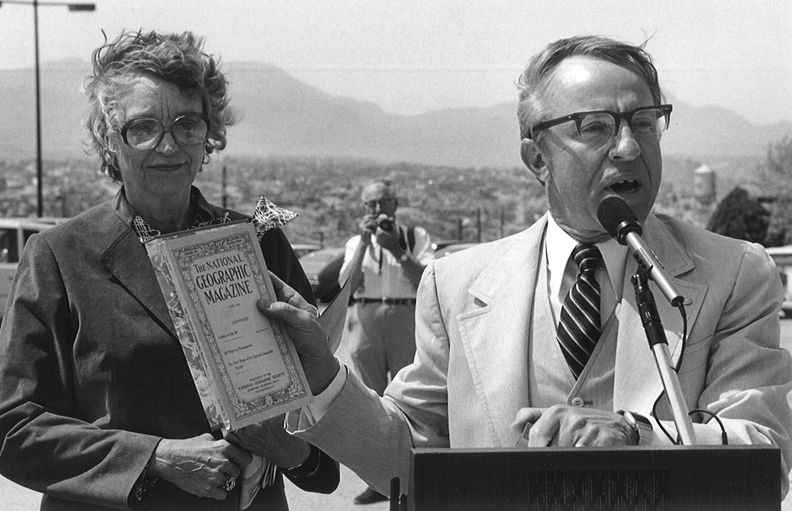