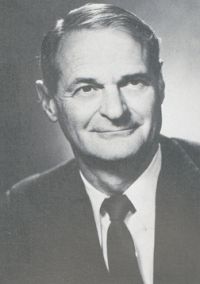 As a member of the U. T. System Board, he has dedicated his time and talent to formalizing the Capital Improvement Program, enhancing the Management Information System to facilitate decisionmaking, encouraging efficiency and economy in the System's operations and advocating the funding which higher education will need to meet the technological developments of the new decade. Mr. Beecherl, currently a private investor, formerly served as Chairman of the Board and Chief Executive Officer of the Texas Oil & Gas Corporation from 1957-1977.

He is a member of the Energy Resources Committee of the Interstate Oil Compact Commission and the College of Engineering Foundation Advisory Council at The University of Texas at Austin. Mr. Beecherl is Secretary of the Board of the Corporation of the Episcopal Diocese of Dallas and also is director and vicechairman of the Baylor Hospital Foundation in Dallas. He is a member of the Advisory Board of the Dallas County Salvation Army and is active in the affairs of the YMCA.