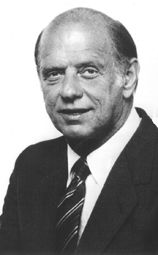 SAM BARSHOP of San Antonio was appointed to a six-year term on the Board of Regents of The University of Texas System by Governor William P. Clements in 1987. He served as Vice-Chairman of the Board from March 1989 to March 1991.

Mr. Barshop is the Chairman of the Board and a Director of La Quinta Motor Inns, Inc. He is also a real estate developer with interests in shopping centers, office buildings, apartments, and other land developments.

He also serves as a director on the Board of Directors of Southwest Airlines, RepublicBank Corporation and the San Antonio Economic Development Foundation. He serves as a trustee of the Southwest Research Institute and the San Antonio Medical Foundation. He is a member of the Development Board of The University of Texas Health Science Center at San Antonio, the Parents Committee of Princeton University, and the Motel Days Permanent Committee, New York.

He has served as a member of the Texas Higher Education Coordinating Board, the Governor's Task Force on Higher Education and the Board of Trustees - World Affairs Council of San Antonio. He is a former director of the Greater San Antonio Chamber of Commerce, Boys Clubs of America, St. Luke's Lutheran Hospital, and the National Bancshares Corporation of Texas.

Mr. Barshop was born September 11, 1929, in Waco, Texas. He attended high school at the Texas Military Institute and received his BBA degree in International Trade from The University of Texas at Austin. He attended St. Mary's Law School in San Antonio.

He served as a Second Lieutenant in the United States Air Force from 1951-1954.

Mr. Barshop is a member of the College of Business Administration Foundation Advisory Council, The President's Associates and the Development Board of The University of Texas at Austin. He serves on the Texas Lyceum Advisory Committee. He has established four professorships at U. T. Austin in addition to a lectureship and providing scholarships for minority students in the Graduate School of Business.

Mr. Barshop was named a Distinguished Alumnus of the College of Business Administration at U. T. Austin in 1979 and was named to the College's Hall of Fame in 1984. He received the Man of the Year Award in 1978 from the Motel Brokers Association of America and was named Marketer of the Year in 1986 by the Southwestern Marketing Association. In early 1990, he was appointed to the Federal Service Policy Advisory committee, a group which advises the U. S. Trade Representative and other government agencies on policy issues related to trading in services. 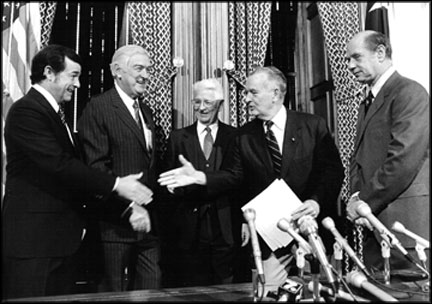