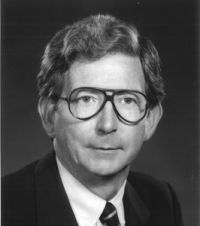 SHANNON H. RATLIFF of Austin was appointed by Governor Mark White in February 1985 to a six-year term on the Board of Regents of The University of Texas System. He served as Vice-Chairman of the Board from 1985 to March 1989.

Mr. Ratliff was born on September 18, 1938, in Shreveport, Louisiana, and attended public schools in Sonora,Texas. He received his B.A.degree from The University of Texas at Austin and graduated with honors from the U. T. Austin Law School in 1964. While attending law school, he served as the editor-in-chief of the Texas Law Review and was a member of the Order of the Coif and Chancellors.

Mr. Ratliff is married and he and his wife, Gay, have three children.