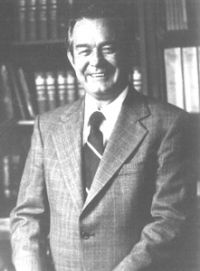 STERLING HARPER FLY, JR., M.D., of Uvalde, was appointed to the Board of Regents of The University of Texas System by Governor Dolph Briscoe in January, 1977, to serve a six-year term. Dr. Fly was elected vice chairman of the U. T. System Board of Regents on January 24, 1981.

Dr. Fly has been in the private practice of medicine in Uvalde since 1952, and also has been clinical professor of family practice at the U. T. Medical School - San Antonio.

Dr. Fly has a long-standing interest in education. His father was superintendent of schools in Sabinal and Crystal City, and served as president of Southwest Texas Junior College.

His hobbies are hunting, fishing and archaeology.

Dr. Fly is married to the former Bobbie Kirkpatrick of Portland, Texas, and the are the parents of four children -- Marguerite; Sterling H., III; Suzanne, and Bruce. 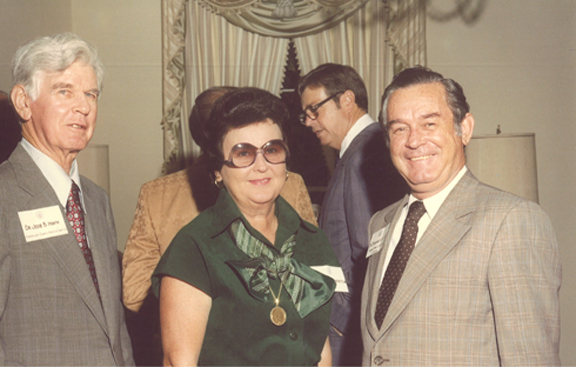