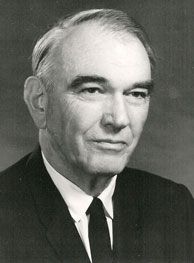 Mr. Heath’s first Work was as a school teacher, principal and athletic coach. Then, he was elected County Attorney at age 20; later County Judge of Grimes County, Texas; was selected Secretary of State of Texas at 29 years of age; and was Assistant Attorney General in charge of State Affairs, Banking, and Insurance Division.

Regent Heath began a private law practice in Austin in 1937. He is now a senior partner in Heath and Davis law firm which specializes as counsel and attorney for major insurance corporations, such as American National, Franklin Life, National Life and Accident, and many others. Mr. Heath owns and operates the largest ranch in Blanco County, Texas. He is presently a member of the Board of Directors of The Capital National Bank in Austin, Texas, Braniff International Airways, and Dillard’s Department Stores. He is extremely engaged in insurance business and is now a Director or Officer for numerous insurance companies, including National Old Line Insurance Company of Little Rock, Arkansas, Public Savings Life Insurance Company of Charleston, South Carolina, and Independent Insurance Group with Executive Offices in St. Louis, Missouri, of which he is one of the founders and which pioneered in numerous Midwestern and Southern states fire and extended coverage insurance on the industrial plan. Mr. Heath is presently a member of the Board of Directors of Home for the Austin District of the Methodist Church; trustee and member of the Board of Stewards of University Methodist Church, Austin; and, trustee of University Methodist Church Foundation.