In Memory of Diana Natalicio

Diana Natalicio joined the UT El Paso faculty in 1971 as an assistant professor, becoming a professor of linguistics and then serving in various leadership positions before being named UTEP’s president in 1988. During her 31-year tenure as president, enrollment increased by more than two-thirds, annual research expenditures grew from $6 million to nearly $95 million per year, and doctoral programs increased from one to 22. She was a steadfast advocate for students, many of whom were first in their families to attend college, and she was dedicated to ensuring UTEP’s enrollment reflected the demographics of the surrounding Paso del Norte region. When she retired in 2019, her 31-year tenure was the sixth-longest of any public doctoral/research university president in history. In honor of her distinguished service and leadership, the UT System Board of Regents appointed Natalicio as President Emerita of UTEP immediately upon her retirement in 2019.

Diana Natalicio: A Life in Pictures

A Conversation with President Natalicio

Statement from Chancellor James B. Milliken

Diana Natalicio, UT El Paso’s president from 1988 until 2019, was one of our nation’s most respected and beloved leaders in higher education. She dedicated her entire career to transforming the landscape of higher education in El Paso and the Paso del Norte area, and guided UTEP to research-university status as a nationally recognized institution. As a talented scholar in her own right, she understood the changing needs of universities, and she worked with boards and commissions throughout the county to ensure their understanding, too.

Dr. Natalicio led a diverse and growing university over a three-decade presidency that continues to create opportunity for so many. For that, I am immensely grateful. I join UTEP, my colleagues in the UT System, and admirers nationwide in mourning the loss of this remarkable leader and remembering and celebrating the great work she led on behalf of so many. May we all commit to carrying out her legacy of service.

Here are a few of the many tributes to President Emerita Natalicio that I’ve received:

With so much grace, so much elegance, so much wisdom, and so much compassion, she is one of the true giants in the history of higher education in Texas and beyond. She had a servant leader’s heart and a rocket engine. Her selfless public service met every measure of excellence.

I will always treasure the joyful and celebratory family atmosphere at the UTEP commencements, which in part define the legacy of one of our Texas heroes. She made life better for hundreds of thousands of students who walked the grounds of the magnificent UTEP campus.
- Don Evans, former Board of Regents Chairman

Diana was a change agent, not satisfied to be a fiduciary of the status quo. She changed an institution and a community, all for the good, with a vision that was uniquely hers. Her accomplishments will stand the test of time. She will be greatly missed!
- Woody Hunt, former Board of Regents Vice Chairman

When, in 2016, I was new to university presidency and the UT System, Diana Natalicio was the wise and most experienced member among us. I admired her, emulated her, and drew strength from her. Indeed, she was beloved. Is there any university that can claim such a blessing as to have had such an extraordinary leader for three decades? What a life! What a career! What a role model! What a friend!
- UT Dallas President Richard Benson 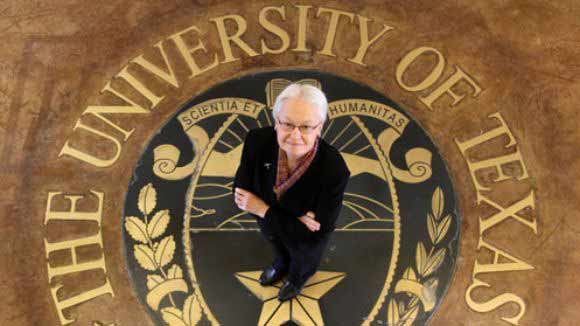